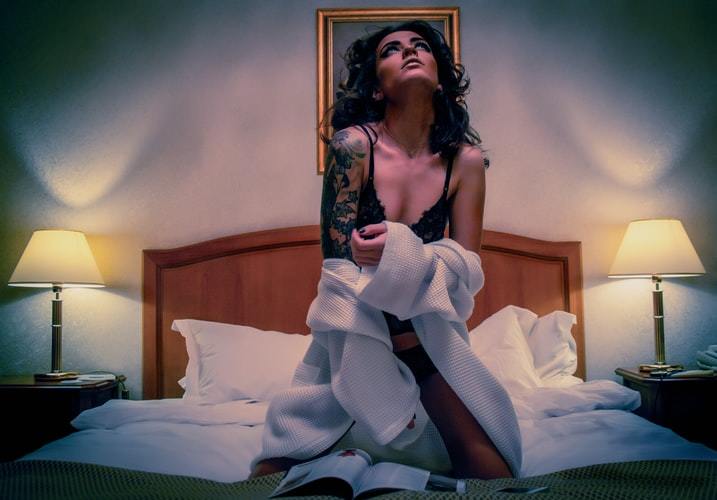 Some odd months ago more or less…

I had a chick named Bianca who came by to fuck.

We met online and she was telling me shit about what she liked.

Leaving me with a fond memory of her choking on my cock with saliva running all down.

Before I got her on the bed to fuck her.

Turns out – she supposedly has a boyfriend named Oscar who I didn’t know about.

And she wanted to change up her sex life because it was getting boring for her at home.

How did I meet such a fine woman?

They don’t ask for a photo of your face or nothing specifically but you can post pics if you want.

Then there is a search engine that you can type shit in to try to find folks who are down to fuck in your area.

Just type in something like “Mexico City” or whatever the name of your city or state is.

From there, you will come across different profiles – anything that FetLife can find that might be relevant to Mexico City or whatever – and you can look at it all.

Message some folks then and see if you can find anyone who is down to fuck.

There are also groups for people in certain areas of the world and also for certain fetishes and shit that you can join.

Where you post something in there maybe looking for someone down to fuck.

And that’s all there is to it.

Reach out to folks, get some numbers and try to set shit up.

Now that is a basic description of it for those not familiar with FetLife.

But how good is this site for finding people to fuck in Latin America vs the US?

As I’ve experienced using it in both parts of the world.

So let’s break that down.

FetLife in the US

So for comparisons sake, let’s mention my experience using FetLife in the US very briefly.

I’ve mostly used it around Columbus, Ohio region back when I was using it up there.

In my experience, it was relatively easy to find chicks to fuck up there using it.

The only issue with using it in the US – and other parts of the world from what I noticed – is that, as you can guess, the ratios are not very favorable.

In that you have a lot more men using it than chicks but there’s still enough chicks on there who are down to fuck and not hard to find obviously since the search engine on it helps a lot.

Because that is the only place I have used it up to this point of writing in November 2020.

And also the State of Mexico too, if i remember right.

So, I will just talk about my personal experiences using it in Mexico and then do some basic research as to what it looks like it might be in the rest of Latin America.

First, you will notice many of the same issues that you will have using it in the US.

Also, you have a fair amount of fat and ugly chicks among the chicks who do use it…

Though there are still plenty of chicks who are decent looking on this site anywhere.

But that will fuck up the ratios even more – giving you fewer options to meet up with.

Next, you do have some chicks down here like in the US who are basically prostitutes charging money for anything sexual.

Though most chicks I have found on there in either region are not charging money for sex to be fair.

FetLife can actually be a decent tool for fucking chicks that are taken.

Now having said all of that…

What was my experience using it in Latin America?

So what results did I personally get from using it?

First, it wasn’t entirely uncommon to get chicks messaging you who don’t even live in Mexico City.

But sometimes they will be willing to travel to see you if you two talk for a bit and she decides to travel assuming the trip isn’t too long.

Other times, she won’t travel as the distance is way too fucking far – like a chick who wrote to me who was living in some small ass city in Venezuela.

Like it’s some special unique club of individuals and you have to have proved yourself worthy of them while straight up asking for references from previous folks you fucked on there to know if you are worth it.

Whatever really – I’m not that desperate to be keeping a reference list for the rare individual like this on the site lol.

But regardless, most chicks won’t be like that on there.

Like asking if you can chain her up or some shit.

Now, keep in mind, I only recently started taking FetLife seriously again in like the last year and a half or so.

Basically after I dumped my last girlfriend more or less.

Before I met her, I didn’t fuck with it in my first year in Mexico.

And over the last year and a half, I haven’t treated it with much seriousness but the occasional chick does stop by messaging me wanting to fuck.

I’d say I probably get maybe one or two chicks messaging me every 4 or 5 months more or less.

Keep in mind, as I said before, FetLife is basically kinda dead in Mexico but most of the activity seems to be in Mexico City.

And it doesn’t require any real effort on your part to have an account and keep it open incase a potential prospect messages you.

So all I do is I have an account on there with some basic ass shit – a description and some pics that don’t even show my face.

And because there is relatively so little activity on those group pages, my post can be on the first page for a few months before enough people post shit to throw what I wrote to the second page.

So just do that – make a simple profile and make some basic ass posts announcing you down to fuck.

Then close the page and wait for email notifications to trickle in every so often by random chicks messaging you.

And, of course, you can decide if you want to fuck her or not – like I said, some are just so god damn ugly.

But, like I said, you do get the occasional chick here and there.

And keep in mind, as this all implies, I don’t really ever take this shit seriously with FetLife.

I don’t put in much effort and I have probably fucked more or less maybe like 5 or 6 chicks on there in total.

And the experiences were pretty cool – so far, they tend to be chicks who are much more fun to fuck – just a lot more energy and shit.

So it can be a cool experience and it doesn’t cost anything to do and takes no time at all to set up and sit on the side doing whatever else while the occasional chick reaches out once in a blue moon.

And if I were to have ever taken it more seriously…

Then I imagine that those numbers of like 5 or 6 would be a bit higher.

Compared to other dating apps like Tinder, I’d say you are getting a hell of a lot less women who are down to fuck on FetLife.

But they don’t ever really come with attitude (a lot less than Tinder chicks bring) and, like I said, it can be a useful tool in the tool box to  get laid without having to put in any real effort.

So all around worth it I’d say.

But what about the rest of Latin America?

FetLife in the Rest of Latin America

So, as of this writing, I don’t have any personal experience using FetLife in the rest of Latin America.

So I checked it out!

Just to see how active FetLife is in the capital cities of every other Latin American country.

Because I assume that, similar to Mexico, that is where most of the active users will be obviously.

And based on what I found…

But with some countries like Bolivia or Honduras not looking very active at all.

As you can kinda guess…

And more activity, based on a quick search, in areas like Buenos Aires, Argentina..

Some activity in Bogota, Colombia from what I am seeing..

Like I said, if you plan on using it in Latin America…

I mean, you can use it anywhere but for sure you will probably have the best luck in any of the larger or more popular cities of this region.

Like Pachuca de Soto wasn’t at all popular compared to Mexico City that seems to have more readily available chicks to fuck.

So that’s all I got to say…

I got some pussy from it from time to time and I don’t even try – the pussy writes to me and sometimes shit happens every so often.

Again, not hard to set up – can be done in a few minutes.

Then write some posts advertising your account in some of the main groups of your area..

Then sit back and go about your days while you will get an occasional email notification saying a chick wrote to you.

And in my experience, like I said, the chicks I did fuck were pretty cool.

So no effort needed to get laid and can be a good experience.

I only wrote this article anyway because it seems like an alright tool to get laid and seems like nobody has written about using it in Latin America.

Though I did find this article by Bogota Post about it here.

Anyway, check that article out if you want.

Got any experiences or questions yourself to this topic?