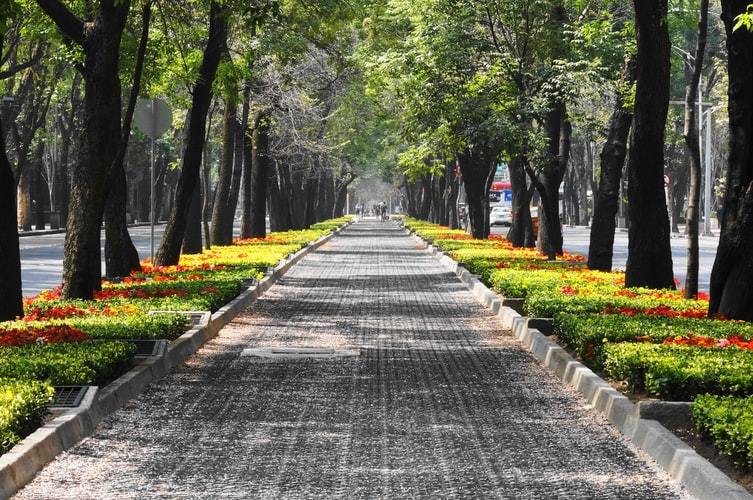 About a month ago more or less…

And lay over on my side with a headache and thirsty as hell.

I lean over and grab the glass of water I set beside my bed.

While casually glancing at the empty bottle of Oso Negro vodka next to it.

With the burnt feeling in the back of my throat still there from taking it.

Vodka is not ideal for me.

Usually I prefer brandy or scotch.

Rum is cool too.

And vodka is alright if I’m looking to save money since Oso Negro can be bought per bottle for like 5 bucks.

In a few seconds, the entire glass is empty.

And my thirst isn’t as bad.

I roll over to the side facing the wall now.

Grab my phone and check some messages.

Before the buzzing sound approaches my ear – another mosquito taking a kamikaze dive on it before I swat it away.

It can also invite temptation because there comes a point.

Where you are bored as fuck.

A topic worthy of its own article because it might likely become an issue you will face down here.

As talked about by this expat in Costa Rica here.

Something I agree with.

And vices dominate your life – liquor and sex for me with countless people.

And if you don’t control it – it can get out of control.

I know a few alcoholics down here who can’t stop drinking.

I’ve met others who do drugs all the time – like written about here.

I probably drink about 10 liters a month of liquor.

Or less if I get the big ones.

Or about two and a half bottles a week.

And it has gotten considerably worse over the years and recent months.

The recent few months of me drinking like this have been the peak of it all -- more than ever before.

And it is reflected in my days.

Waking up late at 11 PM for example after going to bed at 3 PM.

With a hangover, dehydrated, etc.

And truthfully – it isn’t good for my mental health either to be drinking so much.

Like my drinks that I make – vodka with black  tea – it has made me a little more bitter in some ways.

I stumble out of bed anyway…

Find my money and my keys.

And stumble into the bathroom to take a massive shit.

For some reason, vodka always makes me shit out a massive storm.

Other liquors not so.

Then I look myself in the mirror – hair all fucked up.

Shave off the bit of facial hair that I have neglected to shave for a week or so.

Stumbling Through the Night

Then I stumble out the door.

And out onto the street – headed towards Plaza Garibaldi in Mexico City.

Past the homeless lady who lives close to my apartment who has mental health issues.

Normally she is asleep at this hour but is on her knees talking to some dolls and seemingly getting quite angry at them.

As you get closer to Plaza Garibaldi, you see more taco stands around on the street.

A drunk homeless man bending and takes a shit within a few feet away as I pass him.

And speaking of shit – get ready to do a little dance around all the horse shit on the sidewalk as you pass Plaza Garibaldi.

With its mariachi performers and horses they sometimes seem to have around.

Past the police vehicle – where before I never minded passing by the police but over the years here have been cautious anytime I pass by them.

You never know – though it’s rare – but they might demand a bribe by accusing you of a crime you didn’t do.

But then I pass Plaza Garibaldi.

And now walking onto the street because this is where the sidewalk ends.

There seems to have been some construction work they were doing to improve on the broken bits of sidewalk to the side.

As there are now a bunch of businesses I am passing by – some small little stores, a bar also, etc, -- to the side.

But not really much of a sidewalk along them – mostly mud and dirt – a bit undeveloped from the looks of it.

So they have a small bit of the street sectioned off with tape or whatever for people who need to walk from Plaza Garibaldi to where I am going.

On the other side across a few streets are a few more restaurants.

A very damaged and undeveloped building that looks like it could collapse at anytime.

With some sketchy looking fucker walking behind me from some distance stumbling around by himself as I keep walking.

It’s not necessarily the safest part of El Centro.

I told a neighbor once I was headed towards that area and he told me “it’s dangerous. Don’t go. People get assaulted there all the time.”

Well, alright if you have been down here long enough.

It does look sketchy in general but I’ve passed by this area late at night now more than a dozen times easily in my first month and a half in this part of Mexico City.

And as I keep walking, I see some shoes tied hanging over a wire.

One nice looking aspect about this stretch of road to walk by is there is a dance club or something in one of the buildings.

You sometimes see nice looking women by the window dancing zumba or whatever it is if you walk by early enough – not at 3 AM obviously.

I guess if a bunch of nice looking Mexican women feel alright dancing zumba around here – it must be OK.

Either way, a five minute walk later after passing by Plaza Garibaldi.

And stumbling along now with a headache still to a torta stand.

This 10 minute walk was just to buy a god damn torta.

In my defense, there’s a few street stands by this part that have good food.

One taco stand that I like – 12 small tacos for 3 bucks – and they taste a little bit better than some of the taco stands you will pass along the way.

I prefer a torta Americana but sometimes go for a brody torta.

Back to My Place

Once I have the food – only was about 2.5 bucks worth – I stumble back to my place.

Like before, the walk from the torta stand to Plaza Garibaldi is the sketchiest.

Once you get past that, it feels relatively safer.

Worth it for a torta? Well, the tortas I buy – absolutely.

But healthcare is cheap here!

Once back at my place, I finish the food.

And lay on the couch – feeling like shit still from the liquor.

I grab the brandy bottle this time and take a small sip.

And look at it – I remember then my time at Santo Domingo de Pedregal.

A neighborhood I stayed at in Mexico City for some months as you can read here.

For some reason, I never threw away the liquor bottles as I was drinking there.

Main reason was you had to throw them into the trash for the building and the apartment building owner would take care of it.

And I didn’t want them judging me for all I drinked.

By the time I left, I must have had maybe 50 or so bottles there empty in only 5 months or so.

One night after another waking up.

And feeling dead but knowing your alive.

Feel like shit and lay on a couch or a bed.

Maybe get a chick to come over to hang out for the night if you had something planned.

But between that, go get some work done.

Which has suffered a little bit.

If I’m doing well, I can write 100 to 150 articles a month on different websites I own.

And as I was leaving my place in Santo Domingo de Pedregal.

I cleaned up the place the best I could but threw away all the bottles at once.

And I remember looking at them and thinking..

All the money wasted on that shit.

All the nights waking up so late and not having a normal sleep schedule.

To all the unproductively.

And, being honest, the liquor not only makes me feel worse physically.

But also mentally – for reasons described before but also because it kicks me into a more depressive mindset half the time.

Getting worse and worse.

Back to my place now…

Looking at the bottle of brandy I had by the couch as I took a sip after eating my brody torta.

And realizing one of the B’s has to go – brandy or brody.

The answer is obvious.

Over the last month since that night coming to that conclusion.

I’ve been working on it.

Here’s a picture of 3 of the empty bottles – the other two I already threw away.

Yesterday, I also did something else.

Given I’m young, I don’t need it necessarily.

I am healthy aside from the drinking – not fat.

But I’ve known a few people my age who have been taking it and talk greatly about how much it has benefited their lives.

And I’ve spent months investigating it – researching and doing some blood work to make the decision if I should take it or not.

And, overall, feel like it’ll be a positive contribution to my life.

Mixed in with the reduced drinking.

But it’s not going to be 5 bottles a month.

Here’s the single bottle of Oso Negro vodka that I will be taking this month.

Eventually, I might decide to cut away liquor entirely and not drink ever again.

So taking the cost of drinking – the 9 other bottles – and using it instead to buy TRT.

Here’s a picture of it.

But for me – this is a new journey.

Cut away the liquor and bring in something more beneficial to my health and life.

And, in a way – this all represents a theme I have learned in life.

That to make progress, it’s about continual improvement.

To where my first year in Mexico City – as you can read about here – was only just me running around the city chasing pussy and partying all the time.

And having financial issues later.

Thankfully, those financial issues are over.

And so looking forward decades into the future, that isn’t where I should end up.

Similar to the liquor – I’ve noticed that over the last 6 months especially that it has started to impact my performance with my work.

Along with the major concerns I have with it regarding my physical and mental health as I said before.

And the same statement could be made – is this the right path for me?

That it’s worse to be consistently drunk at 50.

I’ve known a few older guys myself from different walks of life who have been down that road and it doesn’t look pretty.

So out it goes – slowly.

First cut back to 5 bottles a month.

And then gone completely one day.

With that extra money spent on something that can help me improve going forward.

And with both of that – hopefully I can then make more meaningful inroads on improving other aspects.

Sleep schedule for one.

You know, instead of sleeping at 3 PM, I can do that at somewhere between 2 to 4 AM.

Among other things that will be easier to improve going forward.

Now I am off to buy some groceries and relax at a park near Bellas Artes.

Get some fresh air -- it's a healthier turn in life.