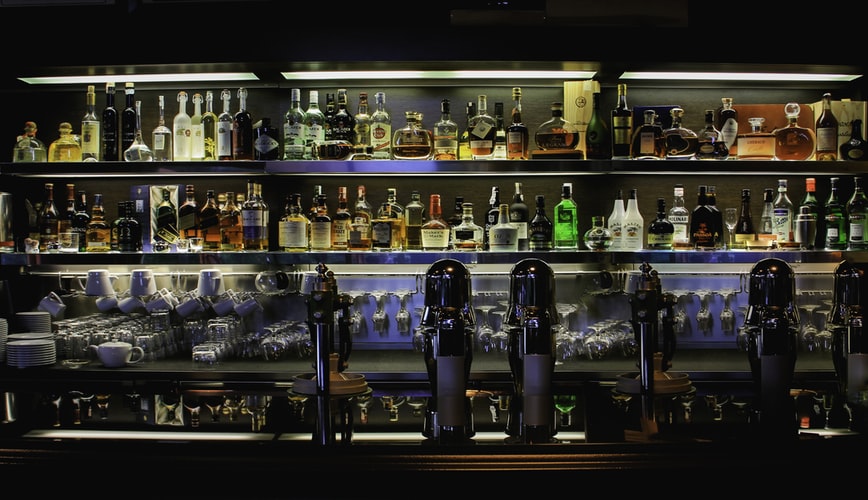 My head doesn’t feel so good.

I am thirsty as hell.

I went to a bar and had a few liters of beer with some shots of whiskey at a hamburger restaurant.

I stumbled over to my apartment that was only a 5 minute walk away.

But had difficulty getting back – at several moments I felt like vomiting.

So I ended up outside the door to the apartment building in Pachuca, Mexico.

And the husband of the landlord walks up to the door – late at night – and asks me if I am alright.

I eventually get inside.

Once inside the building and inside my apartment…

I rush to the bathroom and vomit inside the toilet.

And I am looking at the walls….

And know the truth – I need to stop drinking.

There’s no bullshit to the matter – I drink too much.

A friend of mine asked me recently – Bryan – “are you an alcoholic?”

My drinking is too much.

I looked it up once – how much does an alcoholic drink according to Google.

I guess I cross that easily.

Either way, I’m inside the bathroom on the bottom stairs…

And look at the walls around me on my knees…

There isn’t much to my life, to be honest.

Earning some money on the internet.

I’ll admit – as I have said before in other articles – I'm not always satisfied with life.

My mental health could be better and it is something I work on.

And sometimes I write about it here – not often.

Sometimes maybe in hopes someone reads it and can relate.

Other times I don’t like writing about it out of an internal shame about it.

I get up from my knees.

I need to get up.

Things could be worse.

Yeah, I drink too much.

But that’s a demon of my own – it could be worse.

If I die early from drinking, ok, that sucks.

I hope not – I hope to end my drinking and have told myself I will in 5 years.

That’s an excuse, I guess.

Like a kid telling its mother that the room is clean by kicking the trash beneath the bed.

But I have been getting better in the last month and am working to stop drinking as you can read here.

I stumble up the stairs.

And onto my bed.

I’m too drunk and I couldn’t concentrate if I wanted to.

And I’m too depressed.

Or too distracted – I guess.

Preoccupied with other things.

I hate those types – you don’t need music that loud, no matter how good it is.

Usually 90s music or later – this time it was this Tool song as you can see here.

And as I am waking up and opening my eyes…

I see something weird – I don’t know how to describe it.

But sometimes I see ghosts when I wake up – every 6 months or so – and this place was no exception.

Wake up – see a face on my bed in front of me – a white face – right there – my heart beats faster and I am pretty wide awake soon enough.

But I blink a few times and it is gone.

And I roll over onto my back – there it is.

The light is shining on my eyes – I didn’t turn the lights off before I fell asleep.

I check my phone.

I am thirsty as fuck.

Reach over – grab a bottle of vodka I had near the bed for a sip.

Again, it’s not anything great.

I need to quit.

Look myself into the mirror next to the bed.

I get up – and make my way slowly downstairs to the living room.

And I need more to drink.

I stumble over to the sink of the kitchen.

I look at myself in the kitchen mirror – I don’t look very good.

Then I stumble behind me and to the refrigerator – grab some cold bacon.

Throw it onto a pan.

And let it cook.

I need something more than water for the taste burnt in the back of my neck.

Then it is done.

Before I go to my brandy.

I got a bottle of brandy ready

As I am trying on the cap, it just won’t open.

It is a brandy bottle of El Presidente.

I try other alternatives.

With it in hand, I start banging it softly against the wooden stairs that go to the second floor.

I try and try.

No matter what I do.

And this is the last bit of liquor I had as I finished the little bit of vodka upstairs when I woke up.

I continue to beat the cap area against one of the wooden step of the stairs.

But it doesn’t seem to work.

Next, I take a knife.

Or as I attribute it to Mexico…

Though to be fair – is it the fault of Mexico as a whole for selling me a bad bottle of brandy that won’t open?

Who knows – but it’s easy to attribute the problem to Mexico.

You know, these fuckers always drink tequila and mezcal that they don’t want other liquor brands to do well.

So they secretly sabotage all the other bottles of liquor…

And because I am a gringo…

That’s paranoia to be fair.

Not so much when drunk though.

Either way, I am now calling some friends.

It becomes a big fuckin event for me.

A friend of mine named Mike – from Stockton, CA.

He understands – he drinks a lot also.

Given he doesn’t normally wake up until like 11 PM, he was awake at this hour.

“You don’t have anything else to drink?” He asks.

“NO! Everything is closed at this hour.”

Granted, I wasn’t in Mexico City where you would have some places open still to buy liquor from.

I forget the advice he gave me – but one was grab a towel and try to open it with that.

Maybe my hands are slippery.

But I don’t know how I did it…

With the triple blessing of…

I got it open.

More the same – banging the top of the bottle opening against the wooden steps to stabbing it with a knife.

I got a message then.

Some Tinder bitch messaged me – I forgot the name – “can’t make it tomorrow for our date.”

I got my bottle opened.

I go to the kitchen.

Pour the first bit into a glass.

I am so fucking happy.

I realized after taking the first sip….

There was glass inside the cup of brandy I was drinking from.

I stopped drinking from there.

Took the glass of brandy I poured for myself.

And took a filter thing I use to filter water from the pasta I cook sometimes.

And with an empty glass beneath it…

Start pouring the brandy through it into the empty cup.

I tried to filter out any bits of glass that might have fallen from the top to the liquor as I was beating it with a knife and all that.

For some reason, I was concerned.

What if I drink it and I get some bits of glass inside me by accident and die by accident from that glass fucking up my body from the inside?

To be fair, I am paranoid sometimes about shit.

So I take the brandy from the cup – and pour it into a thing for soup.

After filtering it one more time.

And the rest of the bottle of brandy I had issue with.

With a spoon in my hand.

And now I can drink it in peace.

One at a time.

With some more bacon cooked that I brought from the fridge while I was trying to un-fuck my liquor.

And some random Tinder bitch telling me she has to reschedule our date for later in the week.

But maybe she chose the wrong time to tell me – I was in a crisis.

Trying to get what I can out of this bottle.

The light at the end of the tunnel…

I got the liquor I needed from the bottle – glass free.

Though I did worry as I went to bed later that night at 7 AM – googling it – can drinking small bits of glass kill you?

Because maybe I drinked some without knowing?

Someone who wanted to fuck her.

Choke her by the neck.

To choke on my cock.

From what I learned after being her a few times.

They get what they need.

Then they are gone to go back to their normal lives.

Maybe look for someone else after to continue cheating.

But it’s not my problem – you do get the occasional one who stays though long term after a handful of nights of sex.

Someone who drinks as heavy as you and who has similar life problems.

But Nidia didn’t want to take it beyond that – just a few nights together and back to being the loyal Latina girlfriend to whoever.

Not everything lasts forever.

I have the bottle opened at least.

While drinking from a spoon the brandy I had in my soup plate.

And life was OK.

I would be asleep again.

And with some luck, maybe some other tinder chick can come over to suck my dick.

To have someone suck you off after you woke up.

And when it happens – great.

Get some lunch at whatever – maybe tacos.

Then to the Oxxo nearby – with the same middle aged woman standing there every afternoon.

And life goes on.

The poison that is killing me slowly.

Is the same poison that helps me go on.

To have those days and afternoons…

When you are awake..

Either way, as of this writing, I am working to give up drinking.

It's not healthy and becomes destructive at a point.

Otherwise, in the long run you will be breaking Mexican brandy bottles open to get what little left you can.

Before some chick comes around to suck your dick.

And life goes on.

But it’s not healthy.

But life goes on, I guess.

And drop any comments below in the comment section.

Previous post: Fighting Against a Sand Storm in the Salvador Dali Desert Next post: Liquor & Testosterone in Mexico City