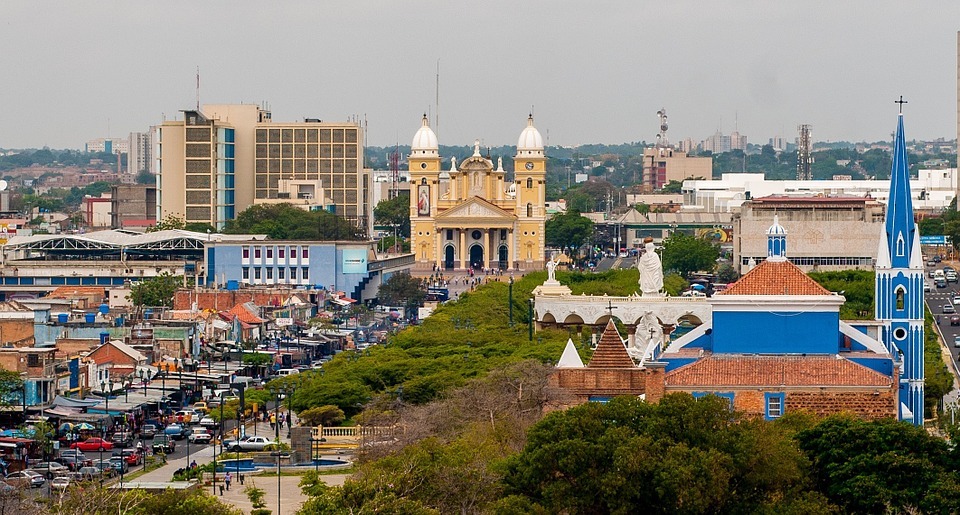 Ok, everybody, you got the TLDR of the article now go home!

But for those who want a more detailed criticism…

Another Fucking Day in Latin America

As I am walking through Mexico City heading to the metro…

I get inside the metro station and there is only one window available for giving tickets.

The other window at some young lady sitting down looking at her nails but it has a sign that says “closed.”

Do your god damn fucking job bitch, we got a few dozen people waiting in this one line and you could cut it in half so what the fuck are you doing sitting there?!?!

Anyway, the line takes as long as you could imagine and finally I get to the metro train.

Once inside, it is going fine but it stops randomly for no fucking reason.

Before I finally get to Metro Insurgentes where I am meeting up with an old friend at some restaurant.

The restaurant doesn’t have two of the first things I ask for from the menu.

Why the fuck have a menu then?

Anyway, we find something that the restaurant has…

And some homeless kids walk up to me asking for change.

You always feel sorry when you see kids begging for money on the street.

They tend to have a better job at getting money out of me than full grown adults.

And they have plenty of them in Mexico City.

Like the time I saw one little girl sleeping on the cement in front of the entrance to Metro Insurgentes in broad daylight, face down onto the street laying on her stomach.

An older Mexican gentleman looked at her with a “what the fuck? Where is her mother?!?” look.

Same thought I had – poor kid. Needs her parents.

So I gave the kid some cents.

Then later some older guy approached us for money.

Being a gringo, he must have had dollar signs in his eyes because he wouldn’t take a no for an answer.

If I could give money to every homeless person that approached me every day, I’d be broke.

So he stood there after a first no…

And after a second no..

And after a third one..

And every time he said “por favor,” his face seemed to look more constipated and he tilted his head even more every time.

At this time he is basically harassing us and I lose it – “fuck off!” I grunt as he inches closer towards us and got more aggressive.

Not to be rude but we probably told him no about 10 fucking times now.

And I get it – he needs money but I’m not an ATM machine ready to dispense cash to every homeless person every time I step outside.

And he wasn’t taking no for an answer.

At least until a waiter came by and told him to piss off.

Finally, the day went on and it was time for us to go home.

I went to my place and my friend went to his.

I went to bed that night…

After killing a fucking mosquito or two that was annoying me.

And waking up in the morning…

To find out that there was no water for the shower because the city as a whole was having issues with its water management system or something.

I’ve had that happen I think twice now in my three years here and never understood why the water would just shut off in the city.

I think it had to do with lack of water or something but I’m not positive.

Either way, just another fucking day in Mexico.

Inefficient public systems from water to the metro.

And crime here and there as well.

So why fucking live here?

There are people who live in Latin America because they want to travel for a little bit and experience the world.

The leave eventually when they have seen it all.

There are people who want to fuck every chick under the sun.

They leave eventually after they get tired of the herpes outbreaks.

There are people who live down here working for a large business or government agency.

They eventually leave as well from what I notice.

There are those who want to save the world through an NGO!

There are those who love the culture!

I’d imagine some of those leave when they realize they can get “Latino culture” in Miami, Texas, Arizona, New Mexico, California, etc.”

Then there are those who are looking for love! A potential Latina wife because people on the internet told them that Latinas are always faithful (despite the evidence here) and are oh so traditional!

From what I have seen, it’s a mixed bag. Plenty of them take the new wife back home because they don’t want to actually live here and others stay down here.

Then you have some who are leaving home because they disagree with the politics in the US!

Thankfully, they have never lived I a real fucking dictatorship where they’d be prosecuted for their beliefs. I suspect anyway most head back when their political party of choice wins the next election.

And among other reasons to live down here…

You have those, such as myself, who are down here mostly because of the low cost of living.

And, if I am being honest for a second, I wouldn’t be down here if it wasn’t for that reason.

Criticizing My Own Life Choice

Though I love to poke fun at the reasons for why others move down here..

I also realize my own reason to live down here is not the most meaningful reason.

In my defense, there are other things I like about living in Latin America as I wrote about here..

But those other things I like would definitely, under no circumstances, keep me here.

Don’t get me wrong – I like living down here and don’t hate it.

If I was living in the US, I’d have my fair share of things that would piss me off just like there are things down here in Latin America that piss me off.

So I appreciate Latin America for all the benefits it brings as well – along with the negatives – that come with living down here.

And definitely aspects of life down here have grown on me as well outside of the low cost of living.

But I wouldn’t do it if it wasn’t for the low cost of living and what that means practically speaking for the style of life that I can have.

For, as you can read in greater detail here regarding why the low cost of living is appealing to me.

It isn’t just the fact that my cost is 700 bucks a month total (and could be half that if I wanted it to).

But that it also means I don’t have to have a real job.

Easier to save money.

No taxes so far.

Can work on passions in life with all the extra time I have.

Have more time to be with friends for some drinks (and one, two, three or ten shots of liquor eh)

And generally speaking, I don’t have to work anywhere near as hard in life when my cost of living is so low.

Which, as one could argue, sounds a bit lazy on my part and criticism taken.

But I enjoy life down here enough anyway to stick around.

Because, as is the case when you are a few years into living down here and the honeymoon phase is over…

You do ask yourself – what’s the alternative?

Could I go back to the US now?

Or wherever you are from – Europe, Australia, Canada, Madagascar or wherever…

And continue my life back up there?

Should I do that?

What would I do with myself living up there?

And while I do make enough money to live up there with my self-employment income, the quality of my life would suffer as I would get a lot less for my money.

Which is a point I go into greater detail thinking about here..

Either way, it should be reminded once again that…

Not having the legal right to work a local job unless you got approval.

Even if you can work a local job, it probably pays shit money.

Being dependent on your debit card to not be cancelled and then not having access to money while trying to call your bank internationally and failing to do so the first few times as you desperately are trying to get your card unblocked due to what they suspect is suspicious activity.

Legal issues and hoops with living down here.

The inefficiency of life down here.

Homeless drug addicts outside (though, again, California you are from? Must feel like home then down here)

So, if I was to be fair, I will admit that my own decision to live down here – the lower cost of living – is a little bit shallow in a way.

And that’s the point of this article anyway – to offer a little bit of self-reflection and as well bringing some reality to the general expat motive to live down here – “low cost of living bro.”

Because while you get low cost of living, you have to deal with some shit too so don’t forget that.

In the same way that you would have to deal with different types of shit with living in the US (along with its own set of benefits that it brings).

So there is no free lunch.

At any rate, I guess it could be asked – what is my future then?

Is the low cost of living – plus some of the other benefits – good enough to keep me around?

Though, in all  honesty, as I have hinted at in other articles, I have a more personal interest in Chile and Argentina around the Patagonian region.

It’s a part of Latin America that I like the most beyond just the low cost of living – and if I’m being honest – will probably draw me there after I finish exploring Latin America a little bit more.

And am ready to settle down.

Which is really a final lesson in this article – if you do live down here, I’d recommend finding a place that feels like home to you.

A place that draws you in a little bit deeper than just some of the more shallow reasons to be here.

And you will probably last longer.

Or maybe even Venezuela!